If people really had such compelling arguments, why do they need to always use extreme examples to make their case?

Both liberal and conservatives often try to argue their points of view by highlighting extreme examples that have little to do with day-to-day reality. Could it be that the basic lines of their arguments are tenuous? Consider some examples:

President Obama took to the airwaves after a terrible mass killing in October 2015, to argue for gun control. The reality is that the number of murders from mass killings is a very small percentage of gun-related deaths. The vast majority of gun deaths – over 60% every year – are in suicides. The over 700 deaths from guns in accidental shootings, is lower than the number of drownings in pools.  Gang and drug-related crimes make up another large segment of gun deaths. Of the over 32,000 gun-related deaths in the United States in 2015, 475 – 1 percent – were in mass shootings.  If Obama really cared about gun deaths, he should take to the airwaves after suicides and gang violence, not from random mass shootings. 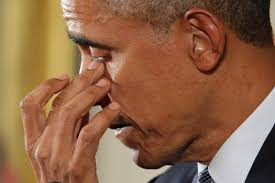 Liberal and pro-abortion activists highlight the need for abortion, and vilify pro-life people that are against abortions in cases of rape and incest. Rape and incest account for just 1% of abortions according to the Guttmacher Institute. Almost all abortions are done for financial or relationship reasons. Why bring up such marginal cases to make a point? If the law states that abortions are legal before the baby is viable outside of the mother, at about 22 weeks (a law driven by time), then the reasons for having the abortion should have no part in the conversation.

The convoluted arguments noted above become further estranged from the truth when people also deliberately deny the obvious.

Consider Obama’s refusal to state that there even is something called “radical Islamic terrorism,” which presidential candidate Republican Senator Ted Cruz repeats often.  While Obama may be correct that there many, many Muslims who are not terrorists, that has nothing to do with the scourge of terrorism in the world that is almost exclusively conducted by Islamic radicals. 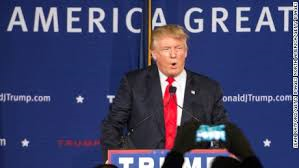 Donald Trump calls for banning all Muslims from the US
until the vetting process is improved, December 2015

It is similarly absurd for pro-choice advocates to claim that abortion is 100% about a women’s privacy, as if the issue was akin to a tattoo or body piercing. Such a position inherently argues that a fetus has zero rights until it is actually born. That line of reasoning is as extreme as people who argue that life begins at the very instant of conception. The US Supreme Court and most thoughtful Americans believe a fetus deserves rights at some point between those two extreme moments in time.

Reality is often a bit too complicated to fit on a bumper sticker. “Pro Choice” fits neater than “Roe v. Wade is about the stage of development of the fetus, and modern science now enables pre-mature births to survive at 22 weeks as opposed to 24 weeks when the law was passed 50 years ago, so I am in favor of moving the timeframe to the new earlier date as the limit for having a legal abortion.” Definitely too wordy.

The truth is that radical Islam is the source of most of the terrorism in the world and the destabilizing force from the middle east and north Africa through Europe. And it is also true that most Muslims are not terrorists.

But political discourse is now only had at the edges.  Politicians and mainstream media magnify marginal situations, denying the middle any air.  That middle ground is where 99% of the truth lies.

Rise of the Independents and Libertarians

If there is a silver lining to the extreme positions taken by the Democratic and Republican presidential candidates, it is that Americans are leaving them both.  The number of people who consider themselves political Independents jumped to 43% in 2014, according to a Gallup poll, the highest level ever.  That figure compares to 30% for Democrats and 26% for Republicans.

Perhaps Americans realize the foolish spin they are given every day.  Maybe Americans are not really being driven to extremes – its just the two party system that has begun to champion marginal rhetoric, and most Americans are still in the middle.  Americans may only be fed up with Washington D.C., because they hate the two parties that occupy it.

13 thoughts on “Magnifying the Margins, and the Rise of the Independents”