The Hamas Charter begins a new section called “Our Attitudes” with Articles twenty-three and twenty-four, underscoring that it is not just a religious movement which was established earlier, but is intended solely for Muslims.

The Islamic Resistance Movement views other Islamic movements with respect and appreciation. If it were at variance with them on one point or opinion, it is in agreement with them on other points and understandings. It considers these movements, if they reveal good intentions and dedication to Allah, that they fall into the category of those who are trying hard since they act within the Islamic circle. Each active person has his share.

The Islamic Resistance Movement considers all these movements as a fund for itself. It prays to Allah for guidance and directions for all and it spares no effort to keep the banner of unity raised, ever striving for its realisation in accordance with the Koran and the Prophet’s directives.

“And cleave all of you unto the covenant of Allah, and depart not from it, and remember the favour of Allah towards you: since ye were enemies, and he reconciled your hearts, and ye became companions and brethren by his favour: and ye were on the brink of a pit of fire, and he delivered you thence. Allah declareth unto you his signs, that ye may be directed.” (The Family of Imran – Verse 102).

The Islamic Resistance Movement does not allow slandering or speaking ill of individuals or groups, for the believer does not indulge in such malpractices. It is necessary to differentiate between this behaviour and the stands taken by certain individuals and groups. Whenever those stands are erroneous, the Islamic Resistance Movement preserves the right to expound the error and to warn against it. It will strive to show the right path and to judge the case in question with objectivity. Wise conduct is indeed the target of the believer who follows it wherever he discerns it.

“Allah loveth not the speaking ill of anyone in public, unless he who is injured call for assistance; and Allah heareth and knoweth: whether ye publish a good action, or conceal it, or forgive evil, verily Allah is gracious and powerful.” (Women – verses 147-148).

The Hamas Charter calls for Muslim unity immediately after calling Jews global conspirators who instigate wars to enrich themselves. Such embrace of fellow Muslims after such antisemitic vitriol can best be considered a request for Muslims around the world to not call out Hamas as vile Islamic extremists and to distance themselves from Jews who were once considered fellow monotheists and children of Abraham. 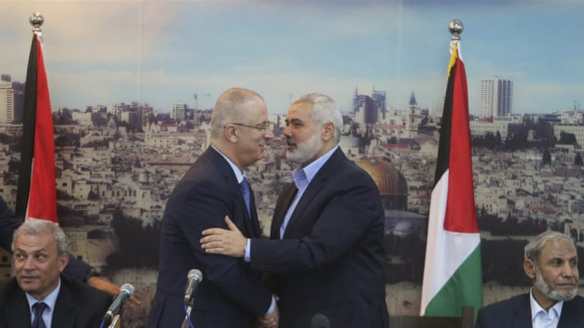 And the Palestinian Arabs elected Hamas to 58% of the parliament with this charter, the United Nations pushes for Hamas to be part of a unity government, and the media talks of “Islamic resistance” as a peaceful and natural endeavor.

Pick Your Jihad; Choose Your Infidel