On September 17, 2015, acting-President of the Palestinian Authority Mahmoud Abbas called out to Arabs who were fighting against Jews visiting the Temple Mount, the holiest place for Judaism, on Rosh Hashanah, one of the holiest days in the Jewish calendar:

“We bless you, we bless the Murabitin (those who carry out religious war for land declared to be Islamic), we bless every drop of blood that has been spilled for Jerusalem, which is clean and pure blood, blood spilled for Allah.  Allah willing, every martyr will reach paradise, and everyone wounded will be rewarded by Allah.

The Al Aqsa is ours, the Church of the Holy Sepulchre is ours, and they have no right to defile them with their filthy feet.  We will not allow them to, and we will do everything in our power to protect Jerusalem.” 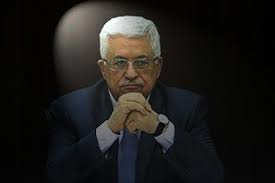 These Arabs that Abbas was referring to, had brought stones to protest Jews visiting the Temple Mount and the ban on religious extremist who taunted and prevented Jews from visiting their holy sites.

The UN Security Council (UNSC) issued the following statement about the situation:

“The members of the Security Council expressed their grave concern regarding escalating tensions in Jerusalem, especially surrounding the Haram al-Sharif compound, including recent clashes in and around the site.

The members of the Security Council urged all sides to work cooperatively together to lower tensions and discourage violence at holy sites in Jerusalem.

The members of the Security Council called for the immediate cessation of violence and for all appropriate steps to be taken to ensure that violence ceases, that provocative actions are avoided and that the situation returns to normality in a way which promotes the prospects for Middle East peace between the Israelis and the Palestinians.”

The response is outrageous and emblematic of Israel’s treatment at the United Nations:

The UNSC voice of concern for: only Muslims and not Jews; using the Islamic name for the holy site, not Jewish; and referring to Jordan’s role at the site and not Israel’s, was clearly and specifically meant as a rebuke and warning to Israel and Jews. The most powerful global body told Israel on the Jewish New Year: do not mess with this Islamic site. Judaism is foreign. Jews are intruders.

Jews may protest that: the Temple Mount is its holiest site; that international law and treaties state that Jews have complete access to the site; and that Israel controls security on the site. Those facts are irrelevant to the UNSC.

The inversion of history past and present; provocation and reaction; rights and absence of rights has always been rife at the United Nations when it comes to Israel.  These days, as the world watches extremist Islam rampage throughout the Middle East, the UN will seemingly further prioritize placating Iran, Syria, Saudi Arabia and other Islamic extremists over the fundamental rights of Jews in Israel.

One can expect to see much more in the coming weeks when the UN circus comes to town.