Rabbi Jonina Jett finished the last refrain of her song and put the guitar down alongside the holy ark which held the temple’s two torahs. She fixed her pink and white tallit which had slipped down her black leather jacket and moved towards the microphone to address the one hundred or so worshipers.

Her congregation at Sisters of Tikkun Olam in California were used to passionate sermons from their outspoken life minister, but she was clearly more agitated that Saturday morning. 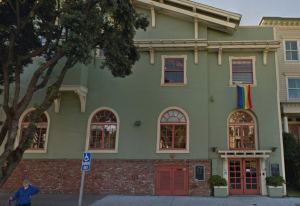 “My dear sisters,” Rabbi Jett began, “today is World Population Day, the day when we all must speak loudly about the real threat of the human population growing wildly out of control. It is a growing risk which has exacerbated climate change and threatens our planet and our very existence.”

She paused to survey her lesbian Jewish parishioners. A few began to nod in agreement, so she leaned in a bit more.

“Bernie Sanders told the world the truth: that we need to think about radical population control to save our world. It is the very essence of tikkun olam, repairing the damage that we have caused.” The very mention of Sanders brought the whole congregation together and everybody nodded in agreement. A few womyn even clapped.

“We are not living in the totalitarian world of “The Handmaid’s Tale” where almost everybody is infertile! It’s the very opposite, where only a few of us holy sisters are taking action with our bodies and choosing to NOT have children while much of the world falls under the weight and might of the patriarchy!” Pay dirt. The call of “patriarchy” brought the crowd to its feet.

Her point made, Rabbi Jett pivoted the speech.

“Yes, yes! We have taken responsibility for our lives and our planet! Each of us has acted in noble ways in our homes. But today I want to talk to you about something we should do as a community, right here in our sanctuary, in our liturgy. I want all of you to open your prayer books to the Amidah, the silent prayer.”

The audience became a congregation again and took their seats, flipping open the prayer books until the found they right page.

“Decades ago, feminist and progressive rabbis altered the opening lines of this central prayer to add the names of the matriarchs of Judaism: Sarah, Rebecca, Leah and Rachel. They broke with the mold of a male-dominated history and connection to God. But they did not do enough.” Becoming emotional, she cleared her throat and took a sip of water before continuing.

“Like all of you, I have watched “The Handmaid’s Tale” several times. I have been shaken to my core at a world that actually does NOT seem so different from our own. A world where women’s bodies are treated as possessions, in which society decides the fate of our beings and our offspring. We must all internalize that this dystopian world is not just a creation of fiction, but has basis in fact. In our own religion.

“Our own matriarchs and patriarchs used women as breeding machines. Four of the twelve tribes were brought into this world by the handmaidens of Rachel and Leah. One-third of the Jewish people.” She paused to let the point sink in. “And we have erased these mothers. Their bodies are not buried in Hebron. We do not speak their names.

“But they have names, and it is time to recognize the dark side of our history.

“There is a pen in front of each of you and I want you to take it and write the names of ‘Bilhah and Zilpah‘ right after our treasured matriarchs. These women are part of our story too. We owe it to them, to the modern day sexual slaves around the world, and to ourselves to remember them each and every day.”

As the congregation dutifully inscribed their prayer books, Rabbi Jett removed her jacket and showed everyone the new tattoos of “Bilhah” and “Zilpah” inked in Hebrew letters on her left forearm. “Let us never forget our fellow women, or we will be doomed to follow their fate.”

While her face was cold and determined, Rabbi Jett smiled to herself as she watched her flock follow her lead mouthing the names of “Bilhah’ and ‘Zilpah’.

The Religious Denominations Take on Diets

Anyone Working in October?