Summary: Israeli citizens came out to vote on March 17, 2015. The winner in the midst of the total chaos in the Middle East, was once again, democracy.

The turbulent Middle East got a chance to see a democracy at work.

With a civil war in Syria which has thus far claimed 220,000 lives; with the Islamic State/ISIS destroying Iraq; Yemen and Libya quickly becoming failed states; Jordan becoming a giant refugee camp; Egypt flip-flopping between elections/ military take-overs/ elections in quick succession; and Iran on the verge of building nuclear weapons, a country in the heart of the Middle east with a diverse population and set of opinions took to the polls. 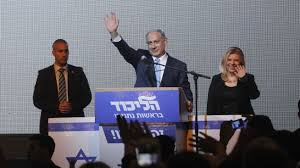 Great Voter Turnout. The 2015 Israeli election had an incredible voter turnout. The 71.8% turnout rate dwarfed the 54.9% in US 2012 presidential election and represented a sharp spike from the 67.7% 2013 Israeli turnout.

Majority in the Center. The political center captured the greatest number of votes. The center-right Likud party received 30 seats, center Kulanu had 10 seats, and center-left parties Yesh Atid with 11 and Labor got 24.  With a combined 75 seats in total (of the 120 seats in the Israeli parliament, the Knesset), Israelis predominantly voted for politically moderate parties over the more extreme right-wing and left-wing parties.

Minority representation. The Arab party, the Joint List, placed third in the election with 14 seats. The religious Jewish parties, Shas (7) and United Torah Judaism (6) had a similar total vote count.

Most Women in Parliament. The 20th Knesset will have 28 women, the greatest number ever.

Extreme parties. The far-right nationalist party Yisrael Beiteinu received 6 votes, and the far-left anti-national Arab Joint List received 14 seats. The right wing Israel Home received 8 seats and left-wing Meretz had 4 seats. The totals of 14 for the right-wing parties and 18 for the left-wing parties showed a bias for change in the fringes.

What’s Next for the Israeli Democracy.  If history proves a guide, Likud will be asked to form a coalition.  The Israeli election and transition to a new government should have many of the attributes of functioning democracies:

These are lessons and models for the chaotic Middle East.  Maybe one day the Palestinians will try it.

When Palestinians last went to the polls in 2006, they elected Hamas, an anti-Semitic jihadist party which went to war with the second place winner, Fatah. https://firstonethrough.wordpress.com/2014/09/04/its-the-democracy-stupid/

Israel, the Liberal Country in the Middle East

20 thoughts on “In Israel, the Winner is… Democracy”