The International Criminal Court defines itself as “an independent, permanent court that tries persons accused of the most serious crimes of international concern, namely genocide, crimes against humanity and war crimes. The ICC is based on a treaty, joined by 122 countries.”

The ICC uses the following definition for genocide: “According to the Rome Statute, “genocide” means any of the following acts committed with the intent to destroy, in whole or in part, a national, ethnical, racial or religious group:

Regarding “Crimes Against Humanity” the ICC uses the following categories:

Lastly, for “war crimes”, the ICC states that it “include grave breaches of the Geneva Conventions and other serious violations of the laws and customs applicable in international armed conflict and in conflicts “not of an international character” listed in the Rome Statute, when they are committed as part of a plan or policy or on a large scale. These prohibited acts include:

Many of these definitions cover the actions of many countries in modern times. The ICC has taken on a handful of cases thus far including in: Uganda; Congo; Sudan; Central African Republic and Kenya. Crimes committed by Syria, Boko Haram, the Taliban, Iran and Islamic State have not been prosecuted at this time.

Palestinians at the ICC

Genocide: As the Palestinian Authority takes moves to join the ICC, it will place itself in the crosshairs of many of the actions of the court. Within the definition of genocide, the Hamas charter and its leadership call for the killing of Jews and the destruction of Israel clearly put in in violation.

Crimes Against Humanity: Within the definition of crimes against humanity, Hamas murders and kidnaps Israelis. The kidnapped people do not get proper treatment (such as visitation) according to the Geneva Convention. Hamas tortures people suspected of collaborating with Israel and cause mental injury to Palestinians by public executions and torture and dragging bodies through the streets. Acting Palestinian Authority president Abbas actively practices apartheid: he has called for a Jew-free state; Palestinian law bans the sale of any land to Jews (punishable by death); the universities prohibit Jews from stepping foot on campuses. Abbas and Hamas both cause mental injury towards Jews continuously: naming squares and tournaments after murderers of Jewish civilians; airing television programs which call for the murder of all Jews.

Israel at the ICC

Genocide: Regarding genocide, the population growth of the Palestinians in Gaza and the West Bank exceed almost every country in the world. The regions have the highest birth rates and lowest death rates. The blockade around Gaza has been deemed legal by the United Nations. No case could be advanced against Israel for such charges.

Crimes Against Humanity: Israel does imprison Arabs in its territories and its practice could come under scrutiny. However, the arrests are likely not viewed as widespread and are often done while investigating crimes. Trying to apply the charge of apartheid would be a stretch as Israel’s practice of using military law for the West Bank which has different criteria for those residents with Israeli citizenship and those that do not. Israel’s treatment of non-Jewish citizens would likely further counter any argument that Israel’s actions in the territories are based on ethnicity.

War Crimes: The Palestinians will likely try to get the most leverage out of the charge of war crimes. It will use the latest Operation Protective Edge over the summer of 2014 to try to blame Israel for intentionally attacking the civilian population and mosques and schools. While Israel may concede that some of their firepower was intentional, it will argue that the targets were legitimate as they were sources of fire. The debate about proportionality of the use of Israel’s firepower and resulting collateral damage versus the firepower aimed at Israeli civilians may be too nuanced for the court to take on.

Palestinian attempts to use the ICC to pursue actions against Israel related to settlement activity in the West Bank would be a stretch. Firstly, it does not fit neatly into the categories which are the focus areas for the ICC. Secondly, international laws like the Geneva Convention and Hague Regulation do not actually consider Jews living in the West Bank to be illegal (see the First One Through article below). Further, “grave violations of the Geneva Conventions” would be a stretch as only one clause (Article 49) deals with treatment of occupied territory, and 95% of that article deals with the treatment of the local population, while only 5% addresses new residents moving into the land.

The international calls that the settlements are illegal are posted by various United Nations and governmental bodies and do not constitute international law from which the ICC would rule. If it were, the ICC could consider the “Zionism is racism” edict by the UN and convict Israel for crimes on that basis. (Note that Turkish Prime Minister Erdogan called Zionism a “crime against humanity” in September 2013.  World opinion on the topic is angry and absurd, but it should not have any bearing on legality).

The Palestinians clearly are much more vulnerable to charges of the ICC. Does Palestinian Authority acting –President Mahmoud Abbas feel that Hamas would bear the brunt of any fallout which would just strengthen his personal position and that of Fatah? Does he think that because his term for president expired six years ago, he can claim no responsibility for Palestinian war crimes?

The Palestinian call for genocide of the Jews: https://firstonethrough.wordpress.com/2014/11/19/the-palestinians-arent-resorting-to-violence-they-are-murdering-and-waging-war/

Quality of life of Arabs in West Bank and Gaza: https://firstonethrough.wordpress.com/2015/01/04/mad-world-of-palestinian-quality-of-life-statistics/ 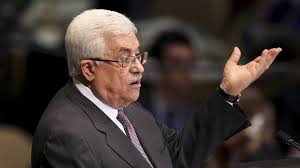