After Israel defeated the attacking Jordanian army in June 1967, it allowed the Jordanian Islamic Waqf to have administrative control of the Jewish Temple Mount in the Old City of Jerusalem while Israel controlled the security of the area. In 1980, Israel officially applied sovereignty and reunited the city of Jerusalem as its eternal capital but still allowed the Jordanian Waqf to administer Judaism’s holiest site. And in Israel’s 1994 peace treaty with Jordan, the country continued to be sensitive to Jordan, stating “Israel respects the present special role of the Hashemite Kingdom of Jordan in Muslim Holy shrines in Jerusalem. When negotiations on the permanent status will take place, Israel will give high priority to the Jordanian historic role in these shrines.”

However, in recent months, Jordan has come out very aggressively against Israel’s contemplated application of sovereignty over more of the west bank of the Jordan River.

In May 2020, Jordanian Prime Minister Omar al-Razzaz said “We will not accept unilateral Israeli moves to annex Palestinian lands and we would be forced to review all aspects of our relations with Israel.” King Abdullah also said that if Israel “really annexes the West Bank in July, it would lead to a massive conflict with the Hashemite Kingdom of Jordan.”

In light of the statements and contemplated reaction by Jordan, it makes sense for Israel to approach both Egypt and the Kingdom of Saudi Arabia to see if they would be interested in taking over the role of the Jordanian Waqf in Jerusalem.

Egypt has maintained a peace treaty with Israel since 1979 and there is a good working relationship with Egyptian President Abdel Fattah al-Sisi. Israel’s relationship with KSA has improved in recent years, especially because of the countries mutual distrust of Iran. As the guardian of Mecca and Medina, KSA would logically welcome the role to extend its guardianship of Islamic holy sites, and the move could be part of an important peace treaty with Saudi Arabia. 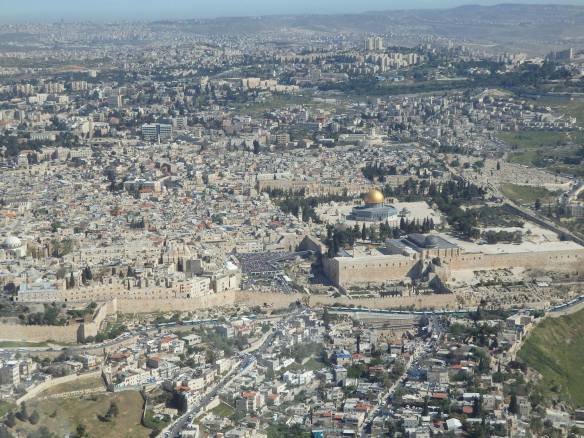 Jordan’s threat to abandon its peace agreement with Israel is an opening for Israel to offer Saudi Arabia a place in Jerusalem and to forge a new peace agreement with the powerful kingdom. In light of the Trump Administration’s deep ties with KSA, it makes sense to advance those initiatives now.

Oh Abdullah, Jordan is Not So Special

Time for King Abdullah of Jordan to Denounce the Mourabitoun

3 thoughts on “Replacing the Jordanian Waqf on The Temple Mount”