The Hamas Charter pivoted into new terrain in the middle of its charter in Articles nineteen and twenty.

The Role of Islamic Art in the Battle of Liberation:

Art has regulations and measures by which it can be determined whether it is Islamic or pre-Islamic (Jahili) art. The issues of Islamic liberation are in need of Islamic art that would take the spirit high, without raising one side of human nature above the other, but rather raise all of them harmoniously an in equilibrium.

The book, the article, the bulletin, the sermon, the thesis, the popular poem, the poetic ode, the song, the play and others, contain the characteristics of Islamic art, then these are among the requirements of ideological mobilization, renewed food for the journey and recreation for the soul. The road is long and suffering is plenty. The soul will be bored, but Islamic art renews the energies, resurrects the movement, arousing in them lofty meanings and proper conduct. “Nothing can improve the self if it is in retreat except shifting from one mood to another.”

All this is utterly serious and no jest, for those who are fighters do not jest.

Moslem society is a mutually responsible society. The Prophet, prayers and greetings be unto him, said: “Blessed are the generous, whether they were in town or on a journey, who have collected all that they had and shared it equally among themselves.”

The Islamic spirit is what should prevail in every Moslem society. The society that confronts a vicious enemy which acts in a way similar to Nazism, making no differentiation between man and woman, between children and old people – such a society is entitled to this Islamic spirit. Our enemy relies on the methods of collective punishment. He has deprived people of their homeland and properties, pursued them in their places of exile and gathering, breaking bones, shooting at women, children and old people, with or without a reason. The enemy has opened detention camps where thousands and thousands of people are thrown and kept under sub-human conditions. Added to this, are the demolition of houses, rendering children orphans, meting cruel sentences against thousands of young people, and causing them to spend the best years of their lives in the dungeons of prisons.

In their Nazi treatment, the Jews made no exception for women or children. Their policy of striking fear in the heart is meant for all. They attack people where their breadwinning is concerned, extorting their money and threatening their honour. They deal with people as if they were the worst war criminals. Deportation from the homeland is a kind of murder.

To counter these deeds, it is necessary that social mutual responsibility should prevail among the people. The enemy should be faced by the people as a single body which if one member of it should complain, the rest of the body would respond by feeling the same pains.

While Article Nineteen of the charter was poetic in calling for the use of Islamic art in Islamic liberation, Article Twenty veered into the belly of a satanic beast calling Israel by the name of a government that executed Jews without pause or mercy.

Over and again Hamas called Jews “a vicious enemy which acts in a way similar to Nazism.” The vile antisemitc charter said Jews place Arabs in “detention camps” and have policies of “shooting at women, children and old people, with or without a reason,” particularly “where their breadwinning is concerned.”

And the Palestinian Arabs elected Hamas to 58% of the parliament with this charter, the United Nations pushes for Hamas to be part of a unity government, and the media talks of “Islamic resistance” as a peaceful and natural endeavor. 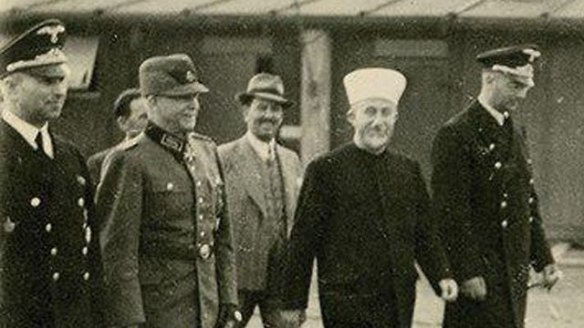 Pick Your Jihad; Choose Your Infidel