Social media companies have been urged by U.S. government officials to do more to curb the spread of hateful ideology on their platforms. While the major platforms like YouTube and Facebook had long ago removed content which promoted violence, last week those companies took measures to remove not only specific hateful speech, but banned the individuals and hate groups themselves.

Initially Facebook had touted itself as a town hall/ public square of sorts. If an individual or group had the legal right to say something in public – even objectionable – they would permit such expression online. However, in the wake of fake news and the spread of terrorism, Facebook opted to ban “dangerous individuals” including Louis Farrakhan, Alex Jones and Laura Loomer.

The reaction has been mixed.

While many people believe that the opinions of some individuals raise a level of hatred in society and welcome a new world order where such opinions would be deprived air, others are worried that the powerful global platforms would become the arbiters of what is considered permissible speech. Why should pointing out noxious radical Muslim Antisemitism be an action worthy of being banned while Holocaust denial is acceptable? Why should a crazy conspiracy theory that Jews were behind the terrorism of 9/11 be free to publish, while pointing to studies linking vaccinations and autism land someone in social media purgatory?

Others contend that YouTube and Facebook are private companies and are free to set the standards of their choosing. But is that so clear? Can the platforms, for example, more actively ban conservative content like PragerU than hate groups like Students for Justice in Palestine? If all private companies are permitted to decide for themselves what can be served on their platform, why the big fuss of the Colorado baker making a gay wedding cake? He didn’t ban gay people from buying items in his store, he just wouldn’t sell certain items at his store, nor create such items.

Governments also deny certain individuals particular rights if they feel such people are threats of its society.

Many countries – including leading democracies such as the United Kingdom, the United States and Israel – deny entry and citizenship to individuals “not conducive to the public good.” Some countries do more than just turn people away; they strip individuals of certain rights if they are viewed as threats, condemning them to “civil death.” These people lose the rights to use the country’s legal system, making it impossible to work in certain fields or even to own property.

The application of such principle is used in international contexts in the Middle East.

After decades of Syria shelling Israeli citizens in the 1950’s and 1960’s, and listening to Syrian taunts and threats of destroying Israel, Israel took the Golan Heights in the June 1967 Six Day War. That elevated platform was the launching pad Syrians used to attack the Israeli north. Israel effectively annexed the region in 1981 and the United States officially recognized Israeli rights to the area in March 2019, as the Syrian civil war wound down leaving the murderous dictator Basha al-Assad in place. 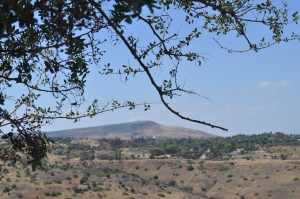 Societies around the world are making difficult decisions whether violent and hateful people, groups and governments maintain rights afforded to the public at large. How standards are applied and who protests such application, will say a lot about the organizations doing the banning and the protesters. But nothing will say more than the hypocrisies which will undoubtedly abound.

Stopping the Purveyors of Hateful Propaganda

The Press Are Not Guardians of the Galaxy

The Noose and the Nipple

1 thought on “Hateful and Violent Platforms: Comparing Facebook and the Golan Heights”