While the Bible is one of the oldest texts in history, it contains important lessons about memory and history within its own stories.

One of the great episodes in the book of Genesis was about Joseph interpreting dreams for a baker and cup-bearer while they all sat in prison. Joseph correctly interpreted the dreams of both people, with the baker ultimately being killed while the cup-bearer was returned to his position in court. In exchange for his services, Joseph only asked that the cup-bearer remember him so that he could also gain his freedom: “Only remember me, when it is well with you, and please do me the kindness to mention me to Pharaoh, and so get me out of this house.” (Genesis 40:14)

But the cup-bearer did not do as Joseph asked: “Yet the chief cupbearer did not remember Joseph, but forgot him.” (Genesis 40:23)

The text above is seemingly redundant. Why state that the cupbearer both “did not remember” Joseph and then again “forgot him”?

Was this dynamic a precursor for the story of Joseph played out years later, when Joseph was forgotten again after he died? “Now there arose a new king over Egypt, who did not know Joseph.” (Exodus 1:8)

Not Remembering versus Forgetting

Not remembering someone is seemingly not a malicious act. A person could not be remembered because of other activities which gathered more attention or because the person was simply not present.

As opposed to not remembering which is a passive act, forgetting is an active verb. It suggests a willful desire to not recall a person or action.

In the world of social media, not remembering could be akin to not thinking of someone because they didn’t post anything for some time. Forgetting someone would be closer to unfriending the person. The former is a momentary occasion that comes from a lack of stimuli, whereas the latter comes from deliberate dismissal.

In the Bible story, the cupbearer may have not remembered Joseph because he was busy attending to Pharaoh. However, the forgetting of Joseph may have been a deliberate disregard for Joseph because he had nothing to offer anymore. Only when the cupbearer heard of Pharaoh’s dreams and had a chance to gain his master’s good graces, was Joseph actively recalled. Forgetting was tied to self-absorption and selfishness.

One could perhaps forgive the new king of Egypt for not knowing Joseph as relayed in the beginning of Exodus. If two people never met – perhaps because they lived in different generations – there was obviously no ill will, just circumstances.

But the introduction of Exodus tells us not to be so casual in the reading of the new king not knowing Joseph.

Exodus 1:1 “These are the names of the sons of Israel who went to Egypt with Jacob, each with his family.” The bible had just ended Genesis with a full accounting of the children of Jacob; why list them here?

Rashi states that it was because the children of Jacob were dear to God and therefore worth remembering, even when deceased. Other commentators say that the extra word “names” in the sentence conveys that their reputations continued to live on.

If that is so, how could it be that Joseph – more famous than any of Jacob’s sons – who had saved Egypt and the entire Middle East from famine a generation earlier, could not have been remembered by the new Egyptian king? Did the prior generation passively not remember and actively forget the efforts of Joseph just like the cupbearer? It seems unfathomable that such events and good deeds could have been easily forgotten. The “not knowing” seemingly was connected to active disinformation to disassociate Joseph from Egypt’s success through the famine. Perhaps the new Egyptian king sought to elevate the reputation of himself and his family by rewriting history.

The Bible tells us right after the new king’s unfamiliarity with Joseph, that the Israelites were viewed with suspicion and then enslaved. Historic allies became enemies. People who had lived together side-by-side were suddenly in a hierarchical ecosystem.

When the cupbearer forgot Joseph, a single person forgot a single person’s actions, and the repercussion was that Joseph remained in prison. However, when the actions of Joseph saving all of Egypt were wiped from memory, the entirety of the Jewish people became enslaved.

The situation of denying history with horrible consequences continues today.

The history of Jews in Israel is not only being forgotten, it is being rewritten.

Over the past few decades, the Arab and Muslim world have been very active in denying and recasting Jewish history.

These are not examples of “not remembering” or forgetting, but much more aggressive deliberate denials of history. And the aim of the Jew-haters is clear: cement the position that Jews are interlopers and foreign colonialists in Arab land. That is the revised history which they want people to know.

The Arab and Muslim countries use their vast numbers – over 1.6 billion people and over 50 countries – to change Jewish history at the United Nations and in school textbooks where they are in power.

As the eradication of Jewish heritage and history takes root, the next generation of millennials have begun to look at Jews in Israel with disgust. Why are all of these Jews in Arab land? Like Pharaoh in ancient times, they do not know the long and deep history of Jews in the holy land. For the millennials and progressives, those “facts” are stories of fantasy only believed by Evangelical Christians and far-right Orthodox Jews. The only history they know and accept is presented by AJ+ and those backed by Arab and Muslim money funneled into their universities.

For those who care about history – and remembering actual history – there are a number of actions to take: 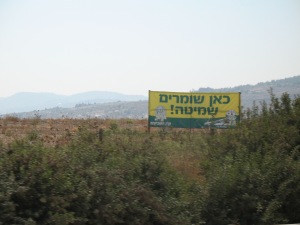 The United States and other countries can also take actions:

Reject any UN Resolution out of hand that does not:

Arab and Muslim nations have waged an assault on Jewish history, and the alt-left have become willing disciples. People who care about truth, Jews and Zionism must counter this affront with a comparable campaign to remember and not forget the long and remarkable history of Jews in the Jewish holy land.

The Cave of the Jewish Matriarch and Arab Cultural Appropriation

The Countries that Acknowledge the Jewish Temple May Surprise You

The UN’s Disinterest in Jewish Rights at Jewish Holy Places

The New York Times Inverts the History of Jerusalem

The New York Times will Keep on Telling You: Jews are not Native to Israel

Losing the Temples, Knowledge and Caring

In Defense of Foundation Principles

Judea and Samaria (Music by the Foo Fighters)

Who are the Palestinians (Music by The Who)

2 thoughts on “Not Remembering, Forgetting and Never Knowing”