On January 21, 2018, a Hamas journalist wrote that it was time to take advantage of the sympathy that has been building for the “resistance” against the existence of Israel from online pro-Palestinian “activists,” by beginning to attack Israel in new ways and locations, including abroad. 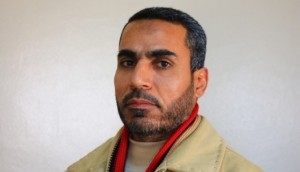 ‘Imad Al-‘Afana (photo: alresalah.ps)
As reported by MEMRI, Imad Al-‘Afana, a journalist and former secretary general of Hamas’s faction in the Palestinian Legislative Council (PLC), wrote that attacks from the West Bank and the Gaza border against Israel had become ineffective, and it was time to launch a new wave of attacks:

“The resistance must take advantage of the public climate that is supportive of it and of the Palestinian rights… [to head] in new directions, in addition to the non-violent demonstrations and the [soliciting of] sympathy in the virtual realm [i.e., on the Internet], and this in order to convey powerful messages that will halt the efforts of various elements in the region to [promote] normalization and recognition of Israel. We must deliver painful blows to the enemy’s vulnerable underbelly, that is, target its interests, its investments, its diaspora and its representations around the world.“

Here was a member of Hamas appreciating the efforts of groups and individuals that advanced the boycott, divestment and sanctions (BDS) movement against Israel, as well as others who called on their governments to halt the normalization and recognition of Israel around the world. The terrorist argued that the softening of support for Israel would make it easier to attack Israel’s “vulnerable underbelly,… its investments, its diaspora and its representations around the world.“

Hamas has long been labeled a terrorist group by the United States, Israel and many other countries. Its 1988 Charter is one of the most anti-Semitic political documents ever drafted, on par with Nazi Germany.

And a spokesperson for this anti-Semitic terrorist group has publicly thanked the online anti-Zionist propagandists for preparing their countries for the next wave of terrorism targeting Israelis and Jews.

The Noble Peace Prize winner Elie Wiesel noted the importance of words for both good and evil, warning and encouraging people of the world to be careful and deliberate with their voices and opinions. Terrorists have now noted and reminded us of the same.

The Three Camps of Ethnic Cleansing in the BDS Movement