On August 29, 2017, Nicholas Kristof penned an opinion piece in the New York Times called “The Photos the U.S. and Saudi Arabia Don’t Want You to See.” The article relayed the terrible suffering of the people of Yemen due to a civil war that has been exacerbated by competing interests of the Iranians and Saudis. The United States has supported the Saudi effort, and as such, held partial blame for the killing of hundreds of civilians in Yemen.

Children have suffered terribly, both from Saudi bombing campaigns and from malnutrition, as the Saudis have been effective at blocking aid relief to the country.

And all of this is unquestionably horrible, as Kristof relates.

However, what was somewhat maddening was Kristof’s take that the Saudis (and Americans) had effectively blocked the world from highlighting the suffering in Yemen. In paragraph after paragraph, Kristof described a deliberate campaign of censorship:

“Yet victims like Buthaina aren’t on our television screens and rarely make the news pages, in part because Saudi Arabia is successfully blocking foreign journalists from the rebel-held areas. I know, because I’ve been trying for almost a year to get there and thought I had arranged a visit for this week — and then Saudi Arabia shut me down.

With commercial flights banned, the way into rebel areas is on charter flights arranged by the United Nations and aid groups. But Saudi military jets control this airspace and ban any flight if there’s a journalist onboard. I don’t think the Saudis would actually shoot down a plane just because I was on it, but the U.N. isn’t taking chances.

This is maddening: Saudi Arabia successfully blackmails the United Nations to bar journalists so as to prevent coverage of Saudi atrocities.

The Saudis don’t want you to see children like this one, Alaa, severely malnourished and photographed by a World Food Program team. Two days later, Alaa died.”

Kristof claimed that the government of Saudi Arabia actively stopped journalists from covering stories, which was why the media – like him – did not show pictures of innocent victims in Yemen.

But what about the actions of his own paper, the New York Times?

I have no doubt that Saudi Arabia impedes reporting of its war crimes and that Kristof is upset both at his access to the stories as well as for the fate of the war’s victims. But his crocodile tears over the media being unable to show the world the suffering of victims is pathetic when he has long written for a paper that refused to show Israeli victims of Palestinian Arab terrorism.

Why didn’t Kristof care to write such an article when Barack Obama was president supporting the Saudis in their campaign? Is his newfound concern simply because it would show President Trump in a bad light?

Mr. Kristof: the failure to show pictures of innocent victims does not simply lie with the Saudis or the Trump administration. Your paper is part of the problem. 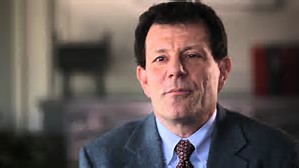 Every Picture Tells a Story, Don’t It?

Every Picture Tells a Story: Anti-Semitism

Every Picture Tells a Story, the Bibi Monster

In Inversion, New York Times Admits “The Truth is Hard to Find”