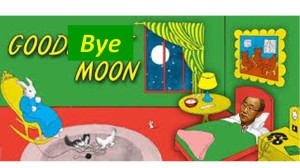 Ban Ki Moon’s tenure as head of the United Nations was riddled with failures. Over the past ten years, he:

Ban Ki Moon’s disgraceful tenure as head of the United Nations may not be completely his fault. The UN has been an anti-Semitic corrupt organization for several decades, dating back at least to Kurt Waldheim, a former Nazi who led the UN from 1972 to 1982, when the UN passed the “Zionism is racism” resolution.  Maybe Ban Ki Moon was trying to keep up.

On October 6, 2016, the UN General Assembly was presented with Former Portuguese Prime Minister Antonio Guterres as the new UNSG.  For the past ten years, he headed the UNHCR refugee agency.  One hopes that he understands the difference between actual refugees and SAPs, and can lead the world in a new peaceful direction.

It would be a welcome change.

Ban Ki Moon Has No Solidarity with Israel

UN Comments on the Murder of Innocents: Henkins

The Only Religious Extremists for the United Nations are “Jewish Extremists”

The United Nations’ Adoption of Palestinians, Enables It to Only Find Fault With Israel

UN Concern is only for Violence in “Occupied Palestinian Territory,” not Israel