President Obama has not only begun to lobby aggressively to win support for the P5+1 deal on the Iranian nuclear program, he has begun to lay the foundation of blame for a potential war squarely on Israel. 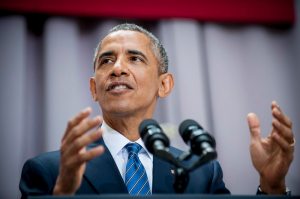 What does the world want?

If war happened, who is to blame?

Is there anyone in the United States – including the Obama administration – that believes this is a great deal? Does anyone deny that Iran’s nuclear infrastructure will remain largely intact with this signing? Honest people can arrive at different conclusions about whether to endorse or reject this agreement. So why state that a negative outcome of the vote would be the fault of Israel, “money” and “lobbyists“?

Obama has framed his opponents in a familiar anti-Semitic canard that Jews are responsible for wars around the world.  Here is a section of Article 22 from the anti-Semitic terrorist group Hamas in its foundation Hamas Charter:

“The enemies have been scheming for a long time, and they have consolidated their schemes, in order to achieve what they have achieved. They took advantage of key elements in unfolding events, and accumulated a huge and influential material wealth which they put to the service of implementing their dream. This wealth [permitted them to] take over control of the world media such as news agencies, the press, publication houses, broadcasting and the like. [They also used this] wealth to stir revolutions in various parts of the globe in order to fulfill their interests and pick the fruits. They stood behind the French and the Communist Revolutions and behind most of the revolutions we hear about here and there. They also used the money to establish clandestine organizations which are spreading around the world, in order to destroy societies and carry out Zionist interests. Such organizations are: the Freemasons, Rotary Clubs, Lions Clubs, B’nai B’rith and the like. All of them are destructive spying organizations. They also used the money to take over control of the Imperialist states and made them colonize many countries in order to exploit the wealth of those countries and spread their corruption therein. As regards local and world wars, it has come to pass and no one objects, that they stood behind World War I, so as to wipe out the Islamic Caliphate. They collected material gains and took control of many sources of wealth. They obtained the Balfour Declaration and established the League of Nations in order to rule the world by means of that organization. They also stood behind World War II, where they collected immense benefits from trading with war materials and prepared for the establishment of their state. They inspired the establishment of the United Nations and the Security Council to replace the League of Nations, in order to rule the world by their intermediary. There was no war that broke out anywhere without their fingerprints on it”

Obama and Kerry have dismissed anyone who disagrees with the agreement they helped craft.  They have announced that members of Congress must fall into one of two camps: agree with Obama OR be a pawn in the Israeli scheme of lobbyists.

Now, if the US goes to war, any casualties and ramifications would be the fault of Israel and its lobbyists. Not Iran. Not the poorly negotiated deal. But Israel.

There is a long history of anti-Semites blaming Israel for wars in the world. It is shocking to see the administration of the Unites States – which purports to be a strong ally of Israel – use a blood libel to lay blame for another Middle East war on Israel.

Has the “Left-Wing” Joined the UN in Protecting Iran and the Palestinians from a “Right-Wing” Israel?