The full text of the Iranian nuclear deal completed in Vienna on July 14, 2015 was a weighty 159 pages. The many members of the negotiating teams clearly used their time very productively as they worked through months of discussions and debates, even working past several deadlines on complicated scientific matters of nuclear fission.

The great citizens of the United States can thank the members of Secretary of State John Kerry’s team who negotiated endlessly on behalf of every American. His negotiating skills were clearly evident as he secured important points to benefit the country in these tense talks. In particular, Americans may not have caught a key clause buried inside the deal points. I offer one here (see page 67 of the agreement):

“Section 5.1.3 License the importation into the United States of Iranian-origin carpets and foodstuffs, including pistachios and caviar.” 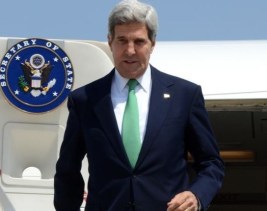 This was an important concession that Kerry’s team was able to secure.  Americans have grown tired of California pistachios and miss their Beluga Caviar from the Caspian Sea.  While the Iranian team was busy focused on centrifuges, missiles and fissile material, Kerry scored a big hit for US bellies.

Over the coming weeks, Obama will surely point out this key item in emphasizing that this is a “good deal” for the United States. The American people have suffered long enough from the sanction regime that has denied them these delectable treats from Iran.

To paraphrase Robin Leach in Lifestyles of the Rich and Famous to the Obama Administration trying to sell this “good deal” to Congress:  “Wishing you pistachio wishes and caviar dreams.”

8 thoughts on “The Joys of Iranian Pistachios and Caviar”