Some media pundits and politicians have questioned the logic of destroying homes of terrorists after those terrorists have been killed. The question as to whether it deters terrorists is impossible to answer as no one knows how many violent actions did not occur because of the home demolition policy that Israel enforced in 2014 against Arab murderers.

As Palestinian Arabs often talk about the importance of “dignity and pride”, perhaps there are some alternative punishments that Israel could administer to the dead murderers. As there is no dignity in intentionally murdering innocent civilians, these evil monsters’ memories should forever be cursed and their names erased. Perhaps attacking their memory broadly and publicly would dissuade others from taking such action.

Here are a few ideas from FirstOneThrough:

The expense for these items can be taken from a special surtax on the murderer’s families.  The amount of the charge will exactly equal the amount of money that terrorist sympathizers hand the families as “reward” for the disgraceful sick murder of innocents.

I’m sure the Facebook generation can come up with additional ideas.  Please share them. Here are some suggestions thus far: 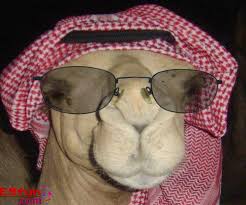 Article 17 of the Palestinian Charter: “The liberation of Palestine, from a human point of view, will restore to the Palestinian individual his dignity, pride, and freedom. Accordingly the Palestinian Arab people look forward to the support of all those who believe in the dignity of man and his freedom in the world.” http://avalon.law.yale.edu/20th_century/plocov.asp